A Brief Introduction to the Amazing Pakistani Cuisine

We are all familiar with the mouthwatering culinary delicacies of Pakistan, such as biryani, palau, and nihari. Pakistani food is a diverse, delicious, and unique selection of foods. Every meal in Pakistan exemplifies the passion of tasty food that the country has for the culinary arts, from the heat of the Qorma to the sweetness of Kheer. But there are still mysteries surrounding this fascinating cuisine. Read on!

Pakistani cuisine is characterized by the region’s history and its religious identity. Since Islam is the nation’s official religion, Pork is prohibited. Therefore, the only options for animal proteins are lamb, mutton, chicken, beef, and fish. Additionally, the meat must be halal, which is Arabic for “permissible or lawful.” In addition to the type of animal protein, the manner in which it is slaughtered should be taken into account.

The natives of the province of Sindh are the source of Sindhi cuisine. They typically eat hotter chicken meals. The delicious Sindhi Biryani is a well-known dish in Sindhi cuisine. Local food receives significant exposure to international cuisine in urban areas like Karachi. People typically eat at restaurants serving foreign cuisine or fast food businesses.

Being a center for agriculture, Punjabi cuisine is very varied. However, there is a similarity for recipes that emphasize meat, like Nihari. The Murgh Cholay, a dish in which chicken and chickpeas are cooked in butter, is another well-known delicacy.

Exotic dishes are part of Balochi cuisine. Meals are made using traditional cooking techniques, including Dampukht and Sajji.

The KPK cuisine, in contrast to the rest of Pakistani cuisine, utilizes little spice and flavors lamb meat. The Kabuli Palau and Chapli Kebab are two well-known meals.

Pakistani food typically consists of three meals: breakfast, lunch, and dinner. Eggs, bread, Paratha, fruits, and tea make up a typical Pakistani breakfast. There are specific meals like Halwa Puri, Cholay, and Paye that are served on Sundays.

Typically, meals like rice and curries are consumed for lunch and dinner. Lunchtime favorites include lentils, which are typically served with yogurt, salad, and pickles. Dinnertime is when the dishes that require the most time and preparation are served. Traditional desserts like Kheer, Halwa, and Sweets are served after this. After dinner, fresh fruits are occasionally consumed.

Tea hour is arguably the day’s most scary unofficial meal. Every single home emits the aroma of brewing tea just before dusk. People also drink tea and eat snacks that they either prepare themselves or purchase from food stands. These foods, such as Samosa, Kachori, Sandwiches, Fries, Biscuits, Cakes, and Rusk, are typically fried or baked.

However, during the holy month of Ramadan, two meals—Sehari and Iftari—are served instead of one. Additionally, it is customary to enjoy meals in close proximity to a Dastarkhan (cloth). People enjoy their meals while seated cross-legged on high platforms called Takhts in restaurants.

As we previously stated, variations are not limited to components alone because cooking methods also play a significant role. Indian, Middle Eastern, and Far Eastern techniques are now beautifully merged. Small pomegranate seeds are sometimes added to various meat dishes for a sweet kick; this culinary technique originated in the Middle East.

The secret to a great dish, as seen in the dish Haleem, which is emblematic of Pakistani cuisine, is patient cooking. The cooking process might take up to eight hours when spices, lentils, and meat are combined. This hearty stew is regarded by locals (and many tourists as well!) as the “king of curry” and is served with coriander, ginger, and lemon for freshness.

Interestingly, you may change the amount of meat depending on the results you wish to get. Even though lamb is the most common choice, a Haleem can eat goat, beef, or even chicken. Yogurt and ghee are frequently added to meats as they cook to enhance their flavor.

You would quickly notice that both hands are always busy if you were to sit in a Pakistani restaurant. The left hand is typically holding roti, naan, or another form of bread, while the right-hand concentrates on the main meal. This bread is used to pick up curry and serve as a side dish, as is evident in more general Muslim culture. The importance of the meal and bread combination has led to the popularity of chapati and paratha, the latter of which combines fried bread with meat, veggies, or dhal.

The tandoor oven must be mentioned when discussing Pakistani culinary methods. This oven, which was created in Pakistan, is used to prepare a variety of bread as well as meats like lamb, fish, and chicken.

The majority of those that eat Pakistani food also concur that rice is the best. The traditional biryani dish, which is essentially spiced rice served either as a vegetarian dish or paired with meat, frequently uses long grain basmati as the star ingredient.

After the main course, what about desserts and other goodies? You’ll discover a lot of sugar, ghee, and nuts, so you might be pleasantly pleased by the selection (including almonds and pistachios). Oddly enough, halva, which means “sweet,” is the name of one of the most well-known delicacies. This can either be made with pumpkin or carrot or with semolina or flour, depending on the recipe.

You’ll also notice a recurring pattern with infusion in your dessert. Many will have scented essences added, with rosewater being a popular option.

Pakistani cuisine is renowned throughout the world for being flavorful, ghee-rich, and spicy. Although Pakistan is not a very old country, the region’s traditional cuisine has been present for far longer.

A Brief Introduction to the Amazing Pakistani Cuisine 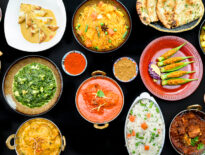 Uncategorized Everything You Need to Know About Pakistani Cuisin… 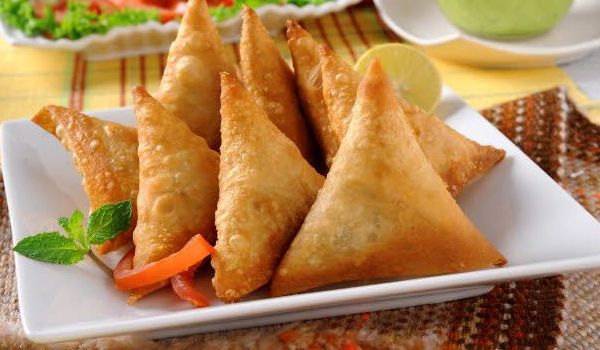